November 5th is a big day in England. This is a day that lives in infamy due to its namesake and what this man’s actions stood for. If you have never attended a Guy Fawkes celebration then you’re really missing out. This is a time honored tradition and it has been celebrated in the country for centuries. Though the actions of Guy Fawkes and his Gunpowder Plot happened back in 1605, it is still celebrated to this day.

Understanding and Paying Tribute to the Legend 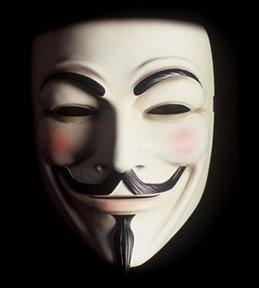 First and foremost you need to understand who Guy Fawkes was and what made him so notable. To have such a celebration in his name all these years later means that he was something of exception. Guy Fawkes was a member of a group of Catholics who had planned a popular revolt against King James I to protest the increasing laws against the Catholic religion in England (which had become protestant). After an anonymous tip to the authorities the night before November 5th, Guy was found guarding dozens of barrels of gunpowder at Westminster Palace. The explosives were intended to blow up the House of Parliament and well as the king. The revolt would have happened right afterwards.

November 5th 1605 was the day it was all set to happen, and so it marks the success of foiling a plot and keeping the King alive, the Parliament intact and the enemies of Anglicanism out. Though Guy Fawkes was not the leader of the plot, he was the most public of the conspirators and was hung in front of a large crowd. All these years later people celebrate with fireworks to mark what could have been a very explosive day in history!

Note that the king was kind of an arrogant weasel anyway – he preferred the “divine right” of royalty, and slapped his name on the celebrated English translation of the Bible. Because of this, or perhaps because of the popularity of movies such as V for Vendetta

, Guy Fawkes has turned from an enemy of England into a folk hero against government tyranny. (See details of the movie below.)

Celebrate With a Bonfire (In Your Backyard Firepit)

To mark this day there are many celebrations within England, which is also known as Bonfire Night. This may be a day that you wish to celebrate and there are some fiery ways to do so. You may wish to safely hold an outdoor bonfire in your backyard (check your local regulations first) or in a friend’s nearby field to mark the occasion. Always have a water hose nearby, so nothing gets out of control. A chilly November evening makes for a perfect night to have a bonfire with friends and family.

Why put away all of those fireworks that you have left over from Fourth of July? This is the perfect occasion to get out the fireworks and celebrate with a bang. Start the evening with an indoor party with all sorts of British food like fish and chips, scones, Shepherd’s pie, and even some ice cold Bass. Then move everybody outside for a late night bonfire and fireworks display. This is how the British have celebrated and continue to celebrate all these years later. Check out some great campfire recipes with your bonfire. (I would forgo the burning effigy thing, though. You’re not really still upset about what almost happened in 1605, are you?) 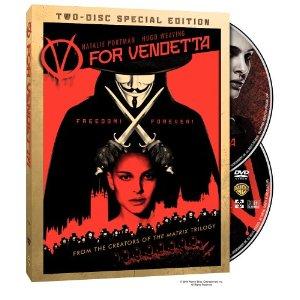 Remember, Remember the Fifth of November…

Yes, the movie and graphic novel “V For Vendetta” was inspired by Guy Fawkes and his conspiracy. Not only are there references to this historic conspiracy, but the main character “V” wears a mask in the likeness of Guy Fawkes mask and successfully blows up parliament and brings down a corrupt, fascist government. So perhaps having a showing of this movie throughout the party is also a great way to pay tribute!

You may not be a history buff but you like a good party. If you want to celebrate Guy Fawkes Day and have fun doing so then don the famous mask and light it up! These make up for some great ways to do so and you can put this together at any venue. The fireworks and the bonfire are time honored traditions and ways of celebrating this day and they can make for a fun way of entertaining too. Pay tribute to British culture and have a blast doing so!