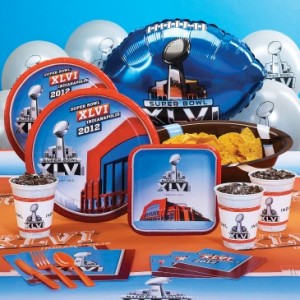 The plays. The sacks. The crowds. The buffet table! Yes, it’s that time of year again–time for a big party to celebrate–oh yeah–football! This year the Super Bowl is on February 5th in Indianapolis, Indiana at Lucas Oil Stadium, where the New York Giants will be playing the New England Patriots. Here are our tips for the most fun Super Bowl Party ever, including inspiration from the Superbowl XLVI host city Indianapolis.

Super Bowl party planning begins in early January, even before we know which teams are playing in the big game. That’s because the teams are really superfluous to a fun party.

The Super Bowl is an EVENT. So much so that if you and your friends don’t much care about it, you can get married during Super Bowl weekend and enjoy savings of 50% off your typical bill at resorts, caterers, photographers and event venues.

We’re not among that group — after all, who WANTS to miss the big game? If you too are a fan of super Sunday no matter who’s on the roster, here’s how to get in on the action and throw a fantastic Super Bowl fete at your house.

Every party is more fun with decorations — the Super Bowl included. If you’re planning during the playoffs and don’t know yet which teams will be matched up on Feb. 5, you can still get started. Buy officially licensed Super Bowl XLVI plates, cups, a tablecloth and napkins. You can add the teams’ colors last-minute with streamers, balloons and other decor. Some great places to find Super Bowl party supplies:

Basic NFL football choices will work for your Super Bowl party, too. Football-emblazoned plates, balloons and perhaps a real pigskin or two on the party table will get guests in the mood for the game.

We all know the most important part of a Super Bowl party is the food (and beverages). We feel that’s the key to any good party, but especially this one. The Super Bowl is taking place at Lucas Oil Stadium in Indianapolis, IN. We bet you didn’t know that Indy has its own fun food traditions, did you? Put yourself in the middle of the action by bringing some Hoosier treats to your party table. Here are some ideas. 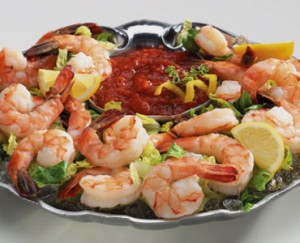 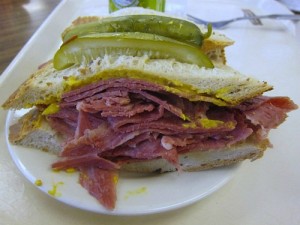 No party is complete without this artery-clogging treat. Made even more ridiculous by its number one ingredient: Velveeta!

Microwave 1 giant brick of Velveeta with 2 cups of your salsa of choice. Keep warm in the crock pot and serve with tortilla chips.

We honestly have to recommend going to Costco and buying their spinach dip, because it is sooooo good. But, if you want to make it yourself, mix 1 block of frozen spinach, thawed and drained, with 1/2 cup of fresh grated parmesean cheese, 1 cup of sour cream, 1 block of cream cheese, and 3 cloves of garlic, chopped. Bake until bubbly. Serve with tortilla chips or crusty croutons. 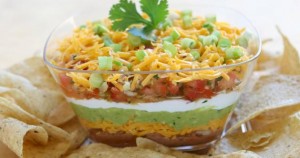 On a large platter, spread one can of seasoned refried beans. On top, spread 2 cups of guacamole. (Make your own by peeling and mashing four avocados, stirring in one finely chopped onion, two squeezes of lime juice, 1/4 cup sour cream, three chopped garlic cloves, and one chopped tomato.) Mix one carton of sour cream (14 oz) with one packet of taco seasoning and layer on top. Next, sprinkle shredded cheddar cheese on top. Add a layer of olives, topped with a layer of chopped tomatoes, and finished with chopped green onions. Yum!

While you’re milling around, waiting for the game to start, incorporate some local Indy flair into pre-game entertainment. You can also incorporate some of the scheduled activities for the “Super Bowl Village” in your party plan. Here are some ideas to get the party started. 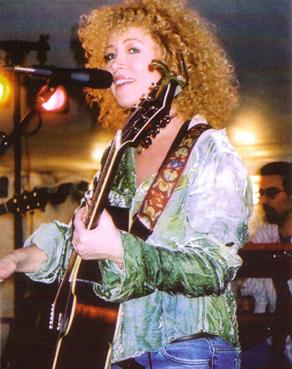 Game Time Fun for Your Guests

Actually watching the Super Bowl is sometimes superfluous to a Super Bowl party, but there will be guests who want to watch it, or watch the commercials. Make sure the TV is position in an area where at least half of your attendees can comfortably watch.

If you have serious game watchers, but not serious furniture options, ask people to bring a couch cushion to sit on. This is, after all, a rather informal occasion. If possible, have two TVs running, for optimum viewing choice.

The most obvious Super Bowl game is to have a pool (placing bets on which team will win and on the ending score). Let $1 be a bet, and the winner takes home the pot.

For fun, and so nobody can “sneakily switch sides” halfway through the game, get cozies the same color of the teams and distribute before the start. Then you’ll know who to razz and who to cheer when points are scored.

These great ideas are the perfect kickoff to an awesome Super Bowl party. Also have fun items available, like plastic whistles, penalty flags so your guests can “make the call,” and pom-poms. Super!