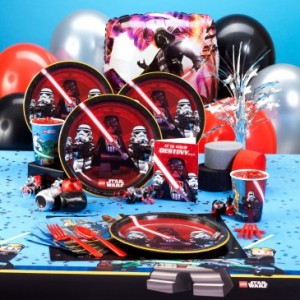 Got a little Padawan at home? Tried the Star Wars Lego video game? If not, you should, but beware — it’s as addicting to grownups as it is to young Jedis. The Lego characters are so cute, and they go so far … all around the Star Wars galaxy, actually. And unlike some adventure based games, this one really is geared to boys and girls (yay!)

All that considered, it’s the perfect theme for a youngster’s birthday party or just for a get-together. Choose from among the following ideas for a sleepover, a back-to-school party or a big birthday bash. We only scoured one planet for tips, not an entire galaxy, but we found a wealth of fun for everyone. So grab a lightspeeder and follow us … the food, games and excitement this way! Read on.

Licensed Star Wars Lego items are out there (oh boy are they!) and are the fastest and easiest way to create the right atmosphere for your party. Be sure you’re getting a great deal; generally, these are far cheaper when purchased as sets (cups, plates, cutlery, favors, etc.)

If you have the time and are creative, you’ll want to make your own decor as well to boost the Star Wars Lego background. Rely on black, silver and red colors; this should give you a great jumping off point and will work with a tablecloth, napkins, balloons, streamers, goody bags, etc. to develop atmosphere around the party area. 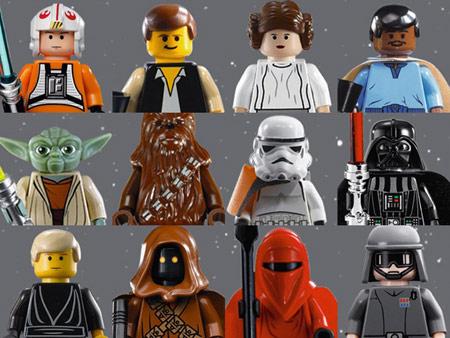 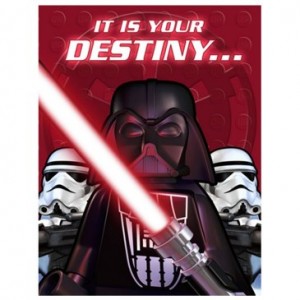 Around here we absolutely love making our own invitations. There’s no shame in buying ready-made, though. (We’ve all been there…pressed for time and ideas.) Or, if you want something a bit more creative than standard greeting cards, try Ebay

– they list reliable home-based businesses who create, print and ship custom invites to your home.

But if you do want to try out your creative skills, here’s an awesome idea guests will love:

1. If you have a stationery program, this will be even easier, but you can also use a standard Word-type document. For a stationery program, search for “scroll” as a border. The search word “award” may produce some scroll outlines too, so do a search; it should only take a few seconds. Insert the scroll type border of your choice.

2. If you have Photoshop, you probably have something similar to the outlines described above in (1). Search, find your border and embed.

3. If you are using a plain opened document, have a look first to see whether a “scroll” or “award” template my already be there. If not, Google free scroll outline templates for either Microsoft or Mac.

4. Insert the text “JEDI ACADEMY” in a font of your choice at the top of your document.

5. Underneath, insert the text (or something similar to the following) “You are cordially invited by the Jedi Council to take part in a very special training session on [date] at [time], at [location]. Come dressed in Jedi gear or in the traditional clothing of your home planet. May the force be with you, young padawan!”

6. Print the invitations out on parchment colored paper.

7. Roll each up and tie with a dark red, black or silver ribbon. Hand-deliver.

If you want your little Jedi and his or her friends to really get into the spirit of things, you’ll need to have some awesome Lego Star Wars party decor. Here are a few easy and very cool ideas: 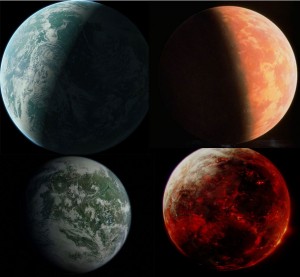 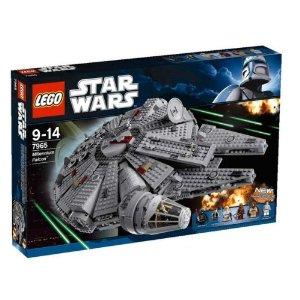 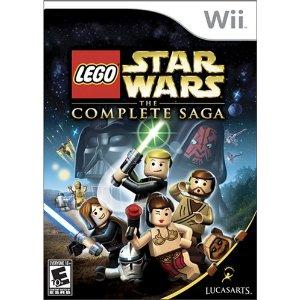 Little future Jedi tend to be VERY full of energy, and being at a party only amps that. So keep your party guests busy and having fun. Here are some of the best ways we’ve found to entertain guests at a Star Wars Lego party: 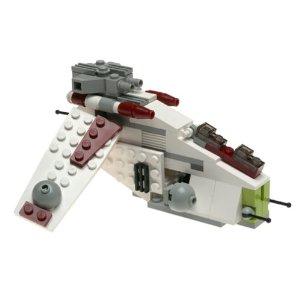 Rations For Your Hungry Space Crew 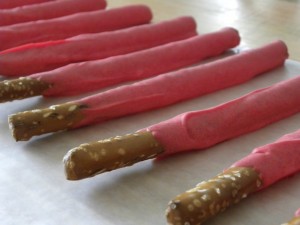 Create a kid-friendly Mos Eisley Cantina and have kids dig in. Snacks for youngsters are generally very easy. Here’s a spin or two on some favorites. 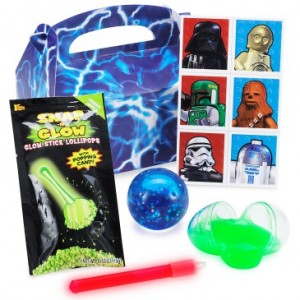 Using the Invitation instructions at the top of this article, create Jedi Acadamy Graduate scrolls for your guests. Roll, tie with silver ribbon and place in a goody bag. Add fun candies such as Pop Rocks and Star Wars Pez dispensers. You can also add Star Wars Lego figurines or a small Star Wars action figure. Other “spacey” items like glow necklaces or bracelets are a fun addition to your goody bag, and easy on your wallet.

May the fun be with you!